Sisters from Coast to Coast | Part 7

Whether it be chance, serendipity, a stroke of good luck, I still can’t say. Regardless of how my friendship with Ginny Stafford came to be, it is and will always be one of the greatest blessings of my life and of ADPi story. 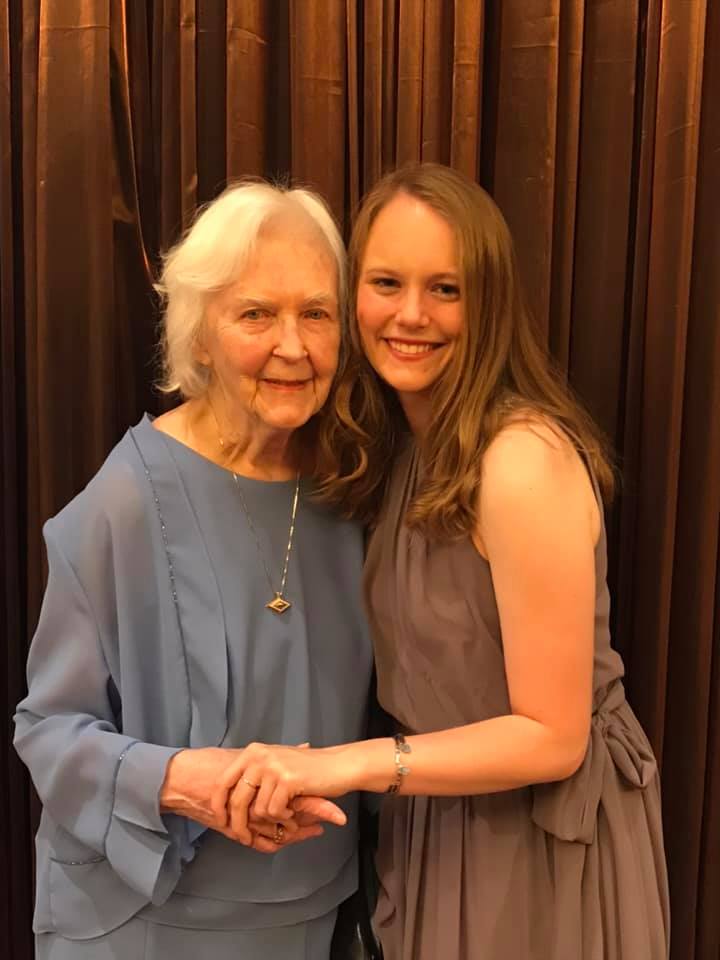 I received a phone call from Linda Ablard in the Spring of 2017. I had been an Executive Office Intern, and Linda and I had a profound connection. A phone call from Linda was always welcome, but this one was a little different. At the time, I was serving as Chapter President and preparing for a trip to Grand Convention in Hollywood, Florida. Knowing I was an Iowa native and student in Ames, Iowa, Linda had a proposition: accompany past International President Virginia Rosenberg Stafford to Grand Convention. I immediately said yes, as Linda’s wish was my command, and I began to arrange to travel with the ADPi legend down to Hollywood, Florida.

What came of that trip was the most enriching, wholesome, incredible friendship of my life. For those of you who know Ginny, you know she is the most stubborn woman on this planet. She wouldn’t let me help her carry her bags during our airport rendezvous; picture a standoff between a 21-year-old and 90-year-old woman over a rolling piece of luggage. But amidst this adventure, Ginny and I became bound for life.

Our story didn’t stop there, but rather grew ten-fold. During my senior year, Ginny was my rock. A visit to her house, a trip to breakfast, popping in to fix her finnicky printer, the list goes on. She came to know and love my boyfriend Jack, noting that although he wasn’t a Beta Theta Pi like her late husband (I’ll note that Jack is an outstanding member of Theta Chi), he still passed her test. I called her minutes before my final interview to be a Leadership Consultant to tell her I love her, and she was first to receive the news that I had been offered the position.

I hit the road for my year as an L.C., and my friendship with Ginny continued to blossom. Through phone calls and email recaps, I would update her on my adventures exploring our sisterhood. Every trip home began with a Saturday morning breakfast with Ginny, 9:30 a.m. at The Café, our place.

Since I returned full time to Iowa, our story has a familiar beat; breakfasts at The Café, her casually slipping in that the dishwasher broke or the clock isn’t right in our conversations, me chastising her for not telling me sooner. During our last outing prior to this pandemic, Ginny told me she considers me a daughter: the greatest compliment I have ever received. 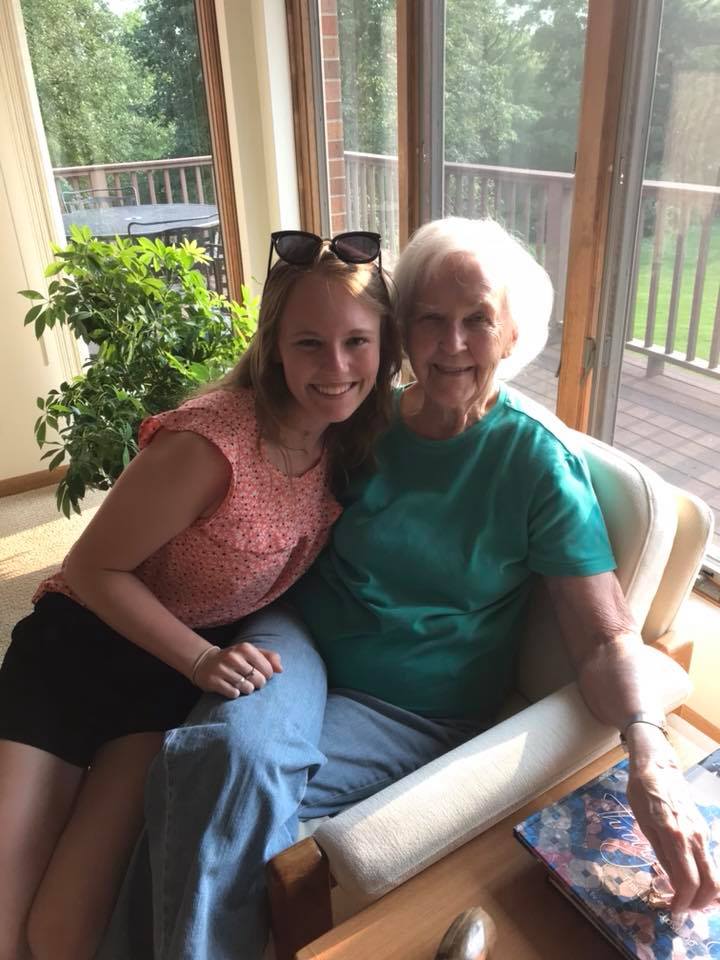 My ADPi Idol became so much more than that over the past three years. Ginny Stafford is simply remarkable; there is no better way to describe her. She is selfless, resilient, incredibly intelligent, the list goes on and on. I’d be remiss not to mention her impeccable sense of humor (even when it’s poking fun at me).

Ginny is a best friend for me. She will be in the front pew with my family when I get married. I have learned not to call her early in the morning, because regardless of the weather, she will have driven on the bus routes (because they are always plowed) to her daily water aerobics class. We will fight over who pays the check at every meal. We will also end our phone calls with a simple yet impactful, “I love you.”

Alpha Delta Pi has blessed me tenfold. Virginia Rosenberg Stafford has blessed me a million times over. Sisterhood has a funny way of always giving you exactly what you need.

I love you, Ginny.