We asked our sisters to share spooky experiences from living in their ADPi houses/facilities and they delivered. Here are the creepiest stories…

In late August 2017, Hurricane Harvey was making its way across Texas. After just a few hours of the storm, all of our power went out. It was dark, loud, and wet outside – the perfect setting for a haunted night. Since we had all just moved in a few weeks prior, we were pretty scared – especially since our house is over 100 years old, so we moved all of our beds into the living room. The living room is next to the door that leads downstairs, which kept swinging open and closing very loudly. Our vacuum propped against the wall next to that door fell over, and all of a sudden, we saw a figure through the door. When the door opened again, we all screamed! As it closed once again, and for the final time, the figure was gone, and the storm slowly faded. It’s been two years, and I still can’t look through that door during a storm. 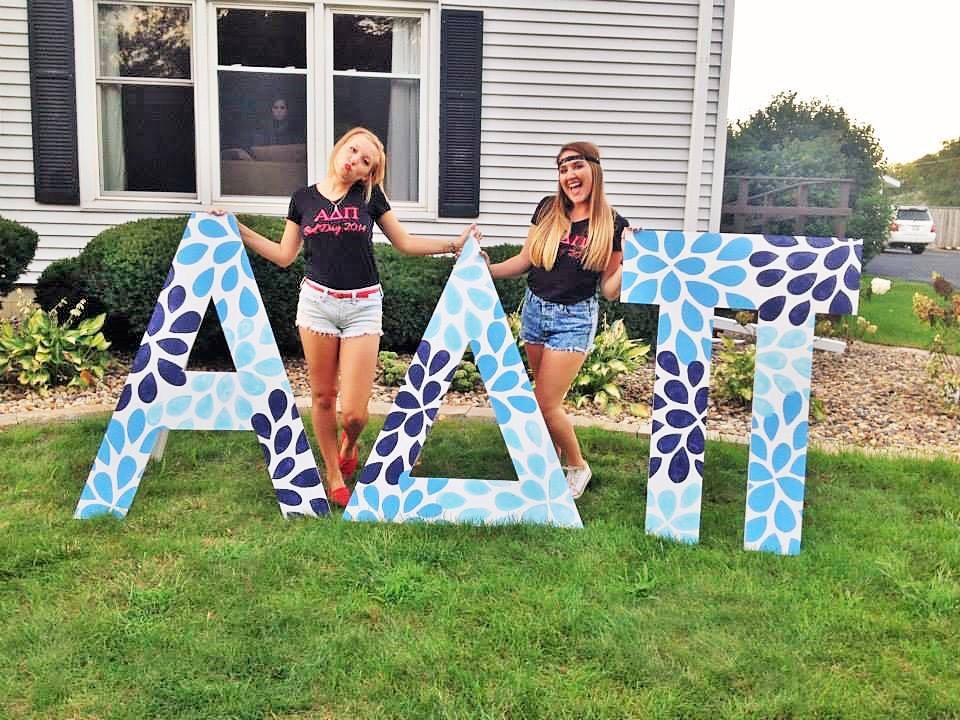 You may have seen this photo of a ghost photobombing a bid day picture at Zeta Theta. It’s been around a for a few years, but we think it gets creepier with age. We reached out to the chapter about it, and this is what they said:

Apparently, there is a woman ghost that resides in our house. We call her Linda. It is said that she lives in room 4 but has done mysterious things in other rooms such as knock things over and give you weird dreams. Once, a girl woke up in the middle of the night staring at herself in the mirror.

Maybe Linda just wanted to join in on the Bid Day festivities? 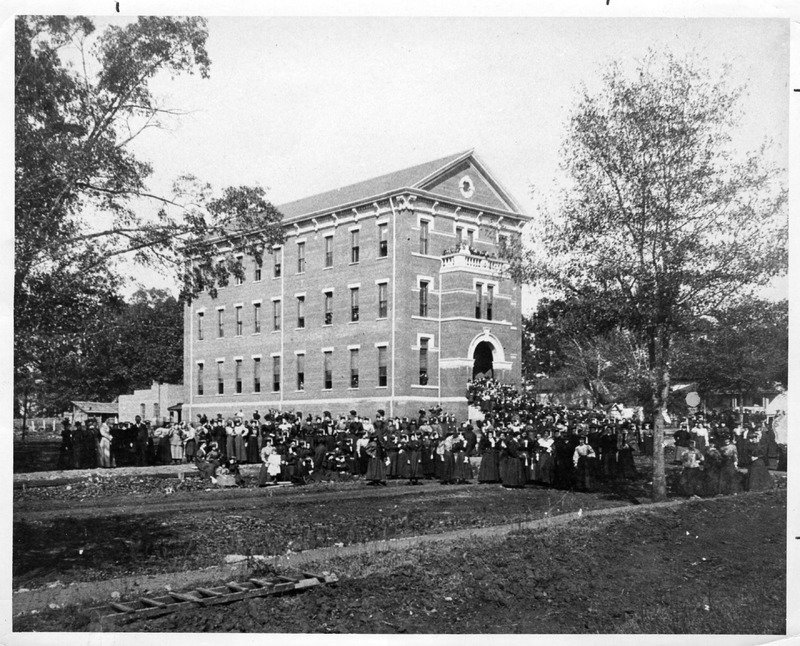 The University of Montevallo is one of the most haunted college campuses in the United States. The sisters of Zeta Delta have had paranormal encounters with a number of the campus ghosts, but perhaps the most common encounters are with Condie Cunningham. In February of 1908, Condie was a student at UM living in Main Hall (where ZD sisters currently reside). One night, she and her friends were up late cooking fudge on a stove in the kitchen of Main Hall. At the time, the girls had a strict curfew, but when the call came for lights out, they hadn’t finished making the fudge. In their haste to turn off the stove and hurry to bed before getting caught, one of Condie’s friends accidentally knocked over a bottle of cleaning alcohol. The alcohol, being highly flammable, caught Condie on fire. She suffered fatal injuries from the burns and died two days later from an accidental morphine overdose (which was given to aid her pain). Since then, residents of Main Hall (including ZD sisters) have seen her lingering around the building, wandering the corridors, opening doors, and there has even been a report of Condie turning off everyone’s alarm clocks.

Delta Omega had two submissions from members that were in the chapter at different times. Their stories are very similar, so our house at Northern Illinois wins my vote for most haunted.

I am a Pi member from Delta Omega. Since many of us could remember, we have lived in our ADPi house with a mostly friendly ghost named Margaret. There were times where things of ours would move, and we would just say, “oh Margaret.” However, there were times when she scared us.

I lived in the house my sophomore year and lived on the second floor. I had heard Margaret only really bothers the third floor, so I thought I was safe. Wrong. Every once in a while, Margaret would flicker my lights that were plug-ins without a switch. Margaret would also like to tickle or touch my feet. There is one moment with Margaret, however, that I will never forget. When one of my sisters was in her room, she heard banging coming from an empty room next door and saw the lights turn on. The door was locked since it was unoccupied, and it completely scared us.

After that we knew we weren’t losing our minds and that Margaret was real. We had looked at various ways to rid our house of her, even if she meant no harm. We were unsuccessful in trying. Sometimes many of us think Margaret followed us. Especially when five of us lived in a townhouse last year, and similar things would happen. Who knows if Margaret is real, but either way, I believe in ghosts for sure now. 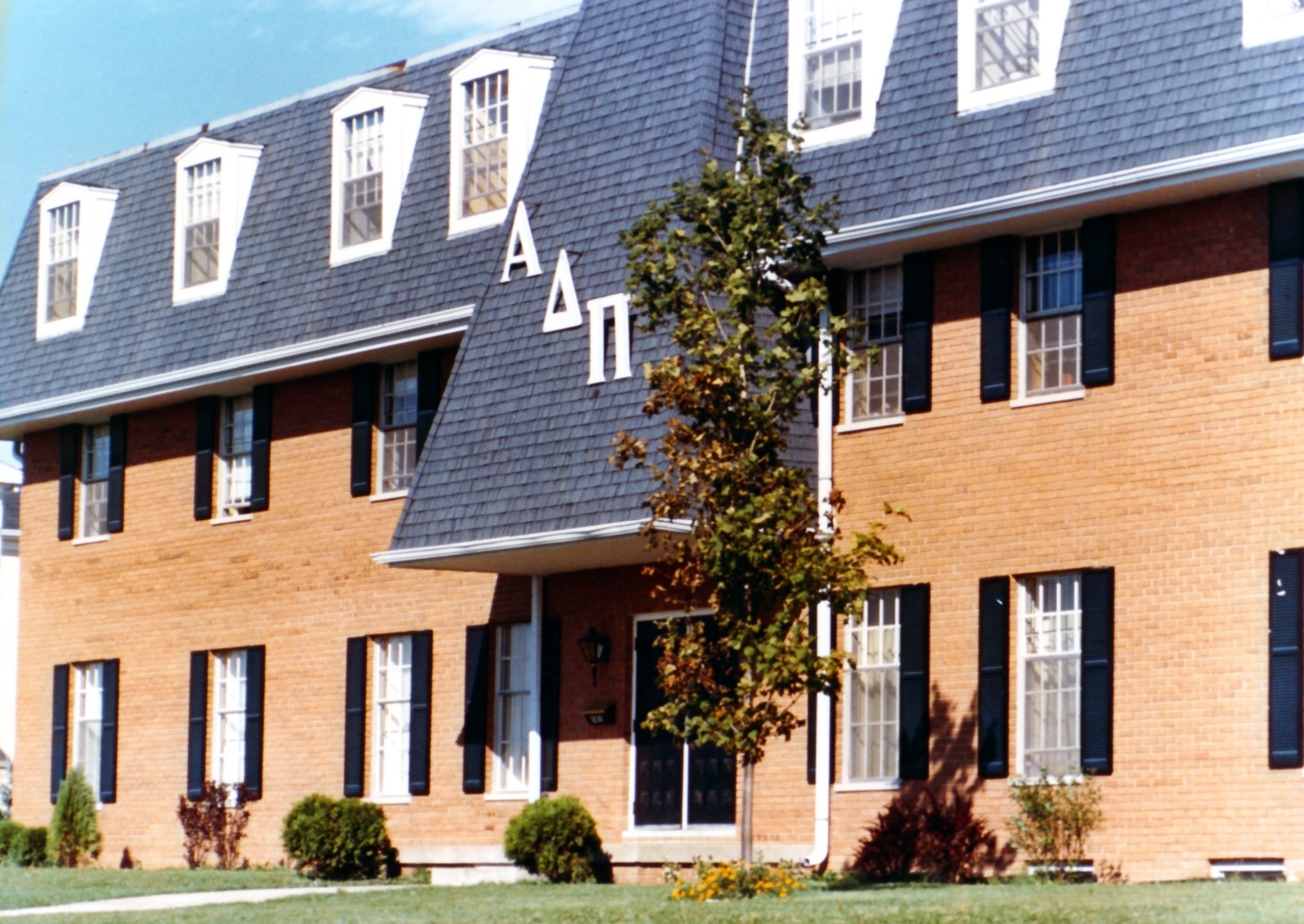 Over the year that I lived in the house, my sisters and I noticed a lot of unnatural things. When we would watch scary movies in the basement, we could hear someone walking down the hall and would see a dark shadow moving from the corner of our eyes. We shut the workout room door down there because it gave off a weird feeling at night, and we all felt like we were being watched.

I lived across from Room 16 and would hear things being moved in that room at night or see the lights go from on one night to off the next. Keep in mind that this room was permanently locked and unoccupied. The person I shared a wall with, Becky (who also lived across the hall from Room 16), would hear someone knocking on the shared wall when I wasn’t there and my door was locked. I also heard the same thing from her room when she wasn’t there.

Some of us would hear our sliding closet doors slam, being knocked on, or even shake. In our formal room, you could hear whispers or light footsteps if you were quiet enough. It got worse when we slept in there at night and felt a menacing presence looking at us. On the second floor, people would have stuff fall off of their shelves and walls, their feet touched at night, and their belongings moved in their closet. They’ve heard loud footsteps like someone was running up and down the halls at night, but when they looked, no one was there.

The only “safe space” in the house was the kitchen, so needless to say a lot of us spent a lot of time in there. 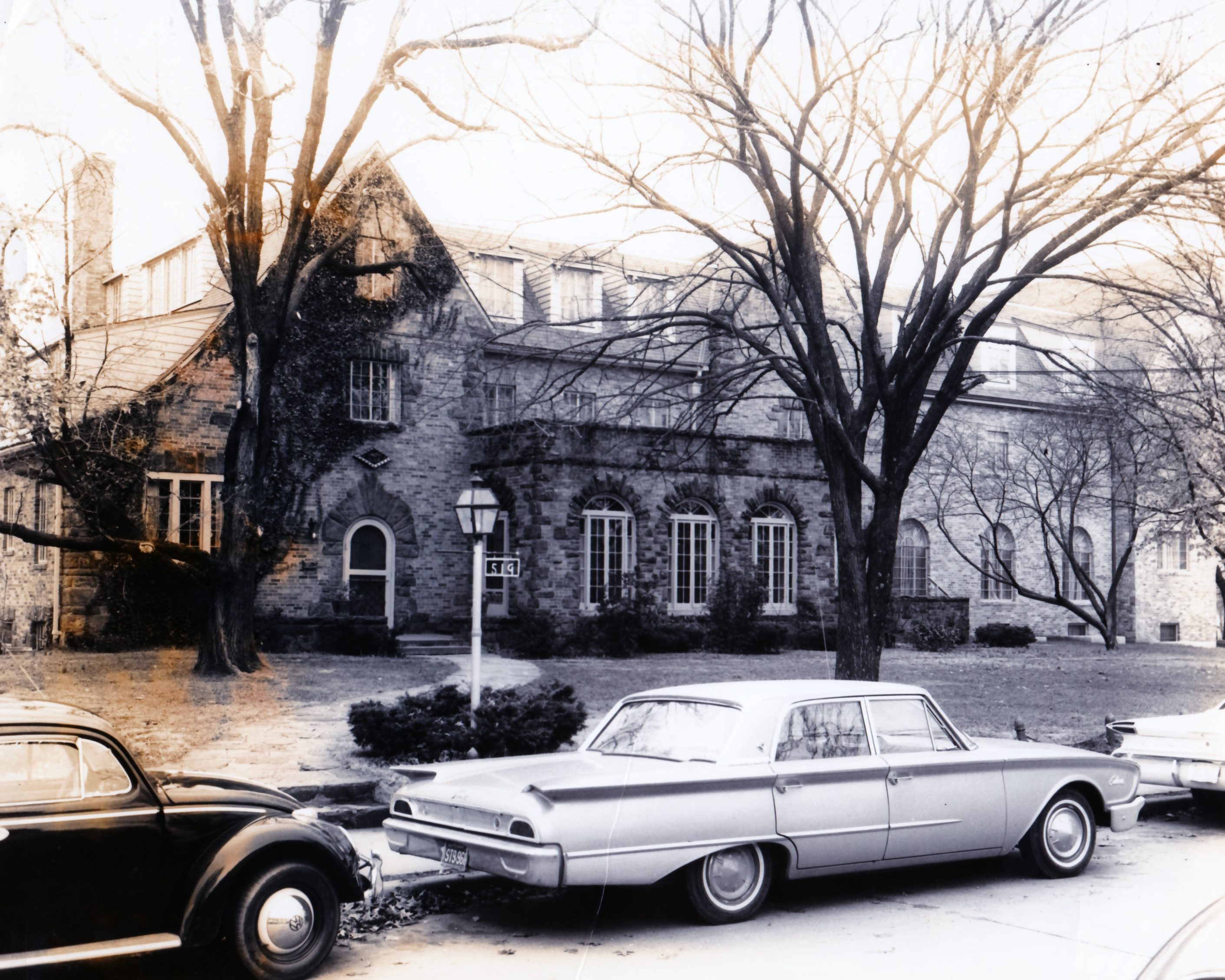 I have a story that happened to me and my friends living in the house at Delta Delta. We were all on the second floor and lived three rooms in a row. At the end of the hall is a door with a fire escape that led to the parking lot. One night, all of a sudden, there was this loud thud noise on the door. We all woke up but didn’t think anything of it, but then it happened again. We all got up and went to the hall to see what was up, and the knob on the door started to shake like someone was trying to get in. Needless to say, we never figured out what it was, and we spent a good two hours piled in one bed. 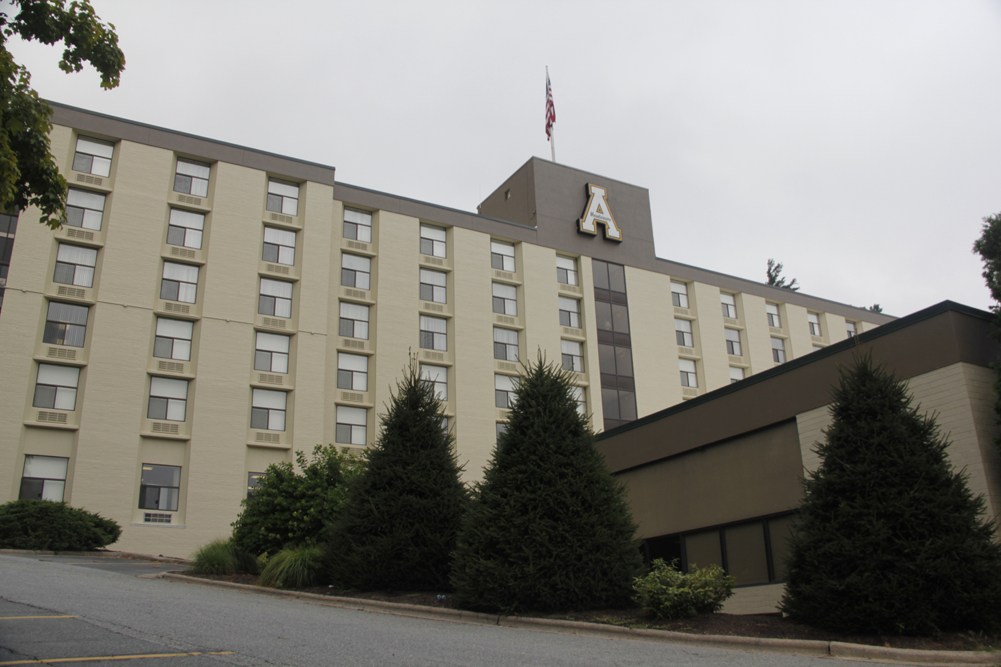 There are no sorority houses at App State. Instead, sorority women have the option to live in the Appalachian Panhellenic Hall (APH), an old hotel that the university bought in the 80s. Yes, it’s as weird as it sounds. Everything about the APH feels like a hotel. The old wallpaper is still up everywhere, and I’m pretty sure the common areas (like the hotel lobby) still have the hotel furniture.

When I was in school, it was typical for the sophomores to live in the APH, so you lived with your Alpha Class. One half of the hallway experienced a lot of creepy things, that fortunately, my roommate and I didn’t deal with. My sisters would wake up to their showers running, toilets flushing, and things moved around their room. It was said that the ghosts were old hotel staff.

I think what really got to us though is when we’d be hanging out late at night and someone would say, “think about all the people who have been in this room.” It was a very unnerving feeling to think about how your home for a year used to have a different resident almost every day… if those walls could talk.

Have a creepy story from living in your ADPi facility? Email hpeterson@alphadeltapi.com!