I was initiated into Alpha Delta Pi in the fall of 2009, and less than a year later, I attended IMPACT ADPi in Atlanta as the “Emerging Leader” representative for my chapter. Before attending IMPACT, I thought I loved Alpha Delta Pi because I loved my chapter, Alpha Gamma. It wasn’t until I arrived in Atlanta and met hundreds of other Emerging Leaders, Chapter Presidents, Advisors, International Officers and Executive Office Staff that I truly realized the value of sorority.

As undergraduate members of a sorority, it can be difficult to look beyond our individual chapters to the greater organization. We work, study, play, eat, travel and often even live with our chapter sisters. We practice our ritual with them. We recruit new members with them. We elect them as our leaders and count on them to live our values. All of this is wonderful; I don’t mean to diminish the importance of our experiences inside our chapters. However, there is so much more to be discovered for those who have the desire. 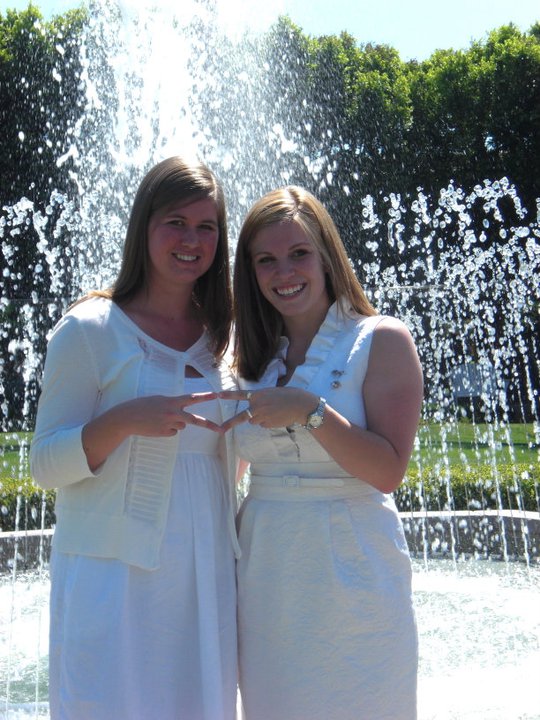 At IMPACT, I met women from many different campus cultures, the specifics of which affected our chapter experiences in different ways. I was representing a chapter of more than 250 members, whereas other women came from chapters smaller than an average high school classroom. My chapter was part of an active Greek system at a large public institution, whereas other women belonged to chapters that weren’t even recognized by their universities. The differences were countless, but so were the similarities: We were all Alpha Delta Pi. We all used 1851 as our iPhone passcodes (mostly joking…) and we all loved The Lion King a little too much.

IMPACT was a busy conference, full of large group sessions and smaller pride meetings focusing on key areas for emerging leaders, including identifying our strengths and weaknesses; learning how to live our values through our behavior; and committing to enact positive change in ourselves, our chapters and our communities when we returned to campus in the fall.

After returning to my chapter in the fall of 2010, I was elected Chapter President. The following summer, I interned at Executive Office, then served as a Leadership Consultant in 2012-2013. I honestly can’t say I would have had the interest or knowledge to pursue these opportunities without the passion for Alpha Delta Pi that IMPACT instilled in me in 2010. Since 2013, I have volunteered for the sorority as an alumna in several capacities, but one of my most fulfilling Alpha Delta Pi duties to date has been working on the Emerging Leader Curriculum Task Group to revamp IMPACT and bring you a completely new emerging leader experience: Adelphean Connections.

The Adelphean Connections framework is structured around the CliftonStrengths for Students leadership inventory and the Social Change Model of Leadership Development. As the name implies, the curriculum focuses on connections: Each session, inspired by a line from our Creed, will connect emerging leaders to their strengths, their strengths to their personal values, their personal values to Alpha Delta Pi’s group values, group values to community values, and community values with actions to enact positive change.

Adelphean Connections will also provide a space for attendees to explore and understand their own identities, then discover how their identities, values and strengths intersect to influence their leadership style and decisions. Although Leadership Seminar will focus on applying learned skills to sorority and campus life, the takeaways from Adelphean Connections will benefit attendees in all areas of life, from interpersonal relationships to professional endeavors to personal creativity.

At the conclusion of Leadership Seminar in Dallas, we hope attendees will emerge with concrete goals for their chapters and communities; a greater appreciation for Alpha Delta Pi and its ritual; and increased confidence in themselves, their abilities and their potential to achieve a rich and useful life.

See you in Dallas, sisters!